The Organization Todt started work on the caves in 1943. French workers were employed to carry out some of the work before they were replaced by the S.T.O (Service du Travail Obligatiore) and finally being replaced by Prisoners of War. Dutch, Belgium and Russians all worked on fortifying the caves (Some POWs manned the FLAK guns, other escaped during the bombardments).

Bunkers where built outside the cave entrances, both of which remain today. Electric generators were installed in the event that the mains power was cut or destroyed. Air vents which had been built by the French where modified to prevent sabotage and supply the base with fresh air. A telephone exchange, garages, offices and other type of buildings were constructed between the pillars to see the smooth operations of the base. Rest rooms and kitchens were built inside the base as well as dormitories for the POWs. Considering the size of the caves, only a portion was used. The rest of the caves were walled off and land mines where laid.

Once unloaded, hydraulic hoists would be used to maneuver the V1s inside the base placing them on their specially designed transport wagons such as the TW76.The V1s would be stocked until ready, between the giant stone pillars which supported the massive stone roof.

Back up power supply markings (G.TAYLOR)

New roads were laid to access the base, one lead down to the unloading sidings. A branch line was built from the main line and into a pasture where the trains would be unloaded their secret cargo. The V1s would arrive from German factories by train such as the Volkswagen Works at Fallersleben at a rate of 50 a day. The cargo would be lifted off the wagons and the pallets of 3 V1s would then be placed on to trucks (Opel Blitz and Saurer). The trucks would then be driven up the bank and into the base. Once inside they would unload their cargo and return to collect another pallet. To ease traffic, each pillar had a number from 01 to 600. Arrows were used to signal either 'in' (painted Red) or 'out' (painted Black). Some of the main galleries were given German street names, some of these can still be seen today. 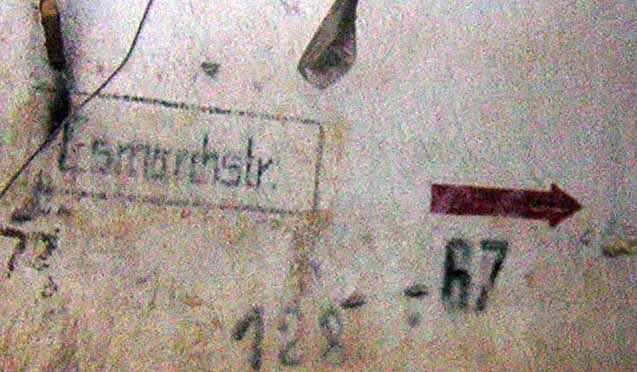 One of the street names, pillar numbers and arrows (G.TAYLOR) 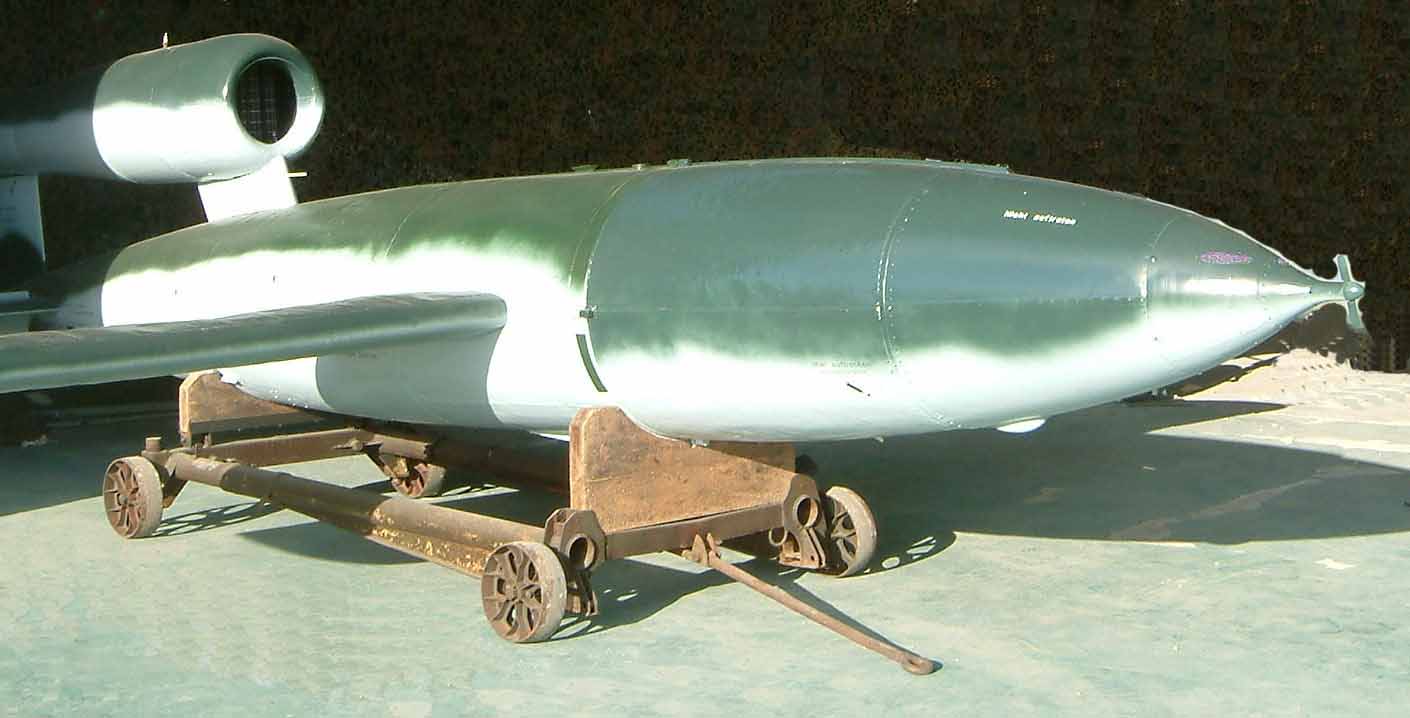 During the hours of darkness, the V1s would be transported under armed guard and in camouflaged trucks, by road to the launch sites dotted over the north western French country side. Two fantasic books have been written about the launch sites by Laurent Bailleul. He has visited many lanuch site and given details of each.

Outside and further down the hillside past the railway sidings, H2O2 tanks were set into specially built bunkers 'Valognes type'. One of these has been converted into a garage by the owner. Uncompleted structures can be found on his neighbors grounds. 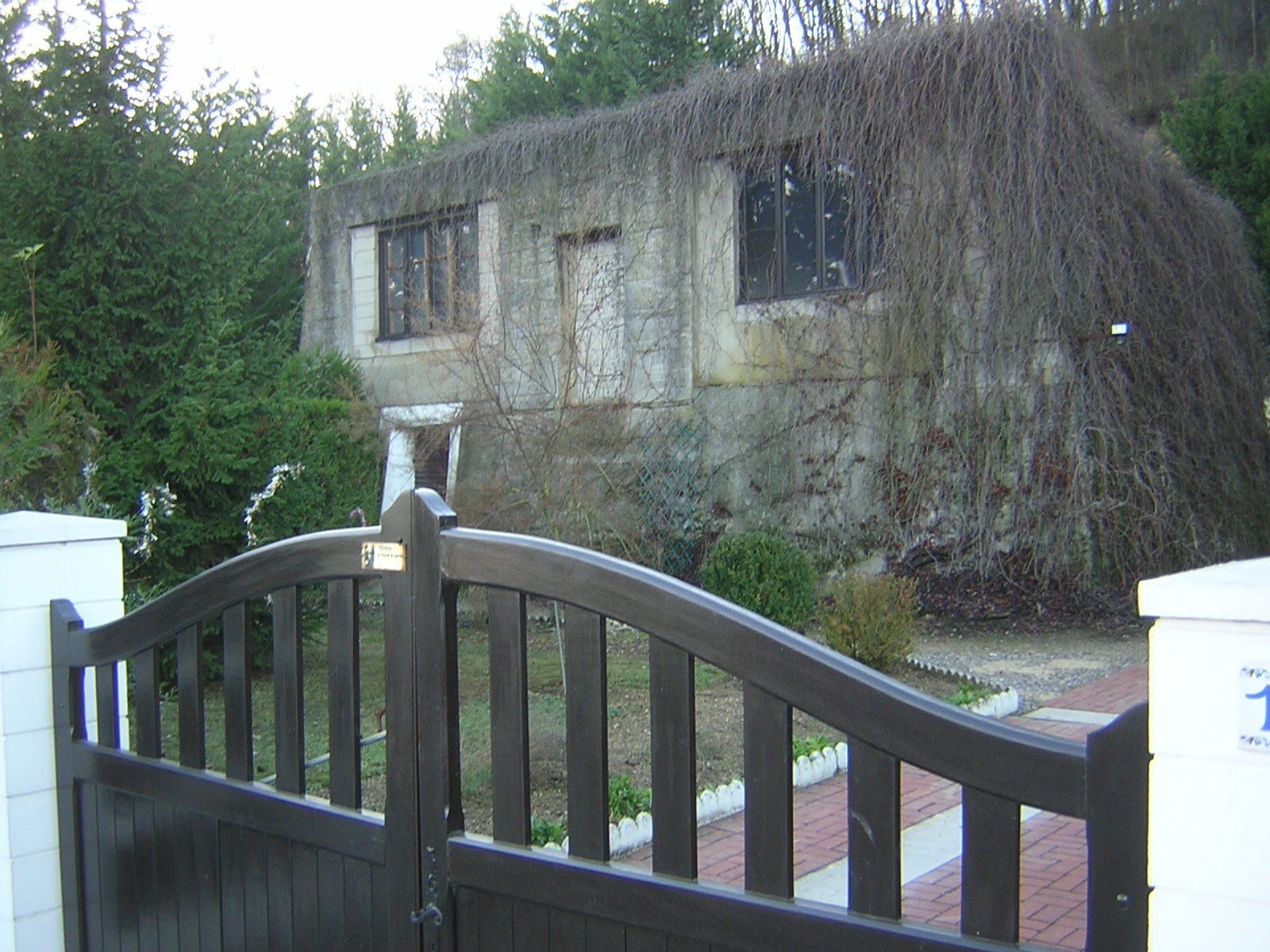 The whole unloading area of the base was covered in camouflage netting. Sentries had machine gun nests positioned around the base and barbed wire fences protected from intruders. The Local inhabitants were imposed a curfew, access was denied to all strangers. German units patrolled the base with dogs and any person who was needed to enter the base was issued with a pass (Ausweiss). 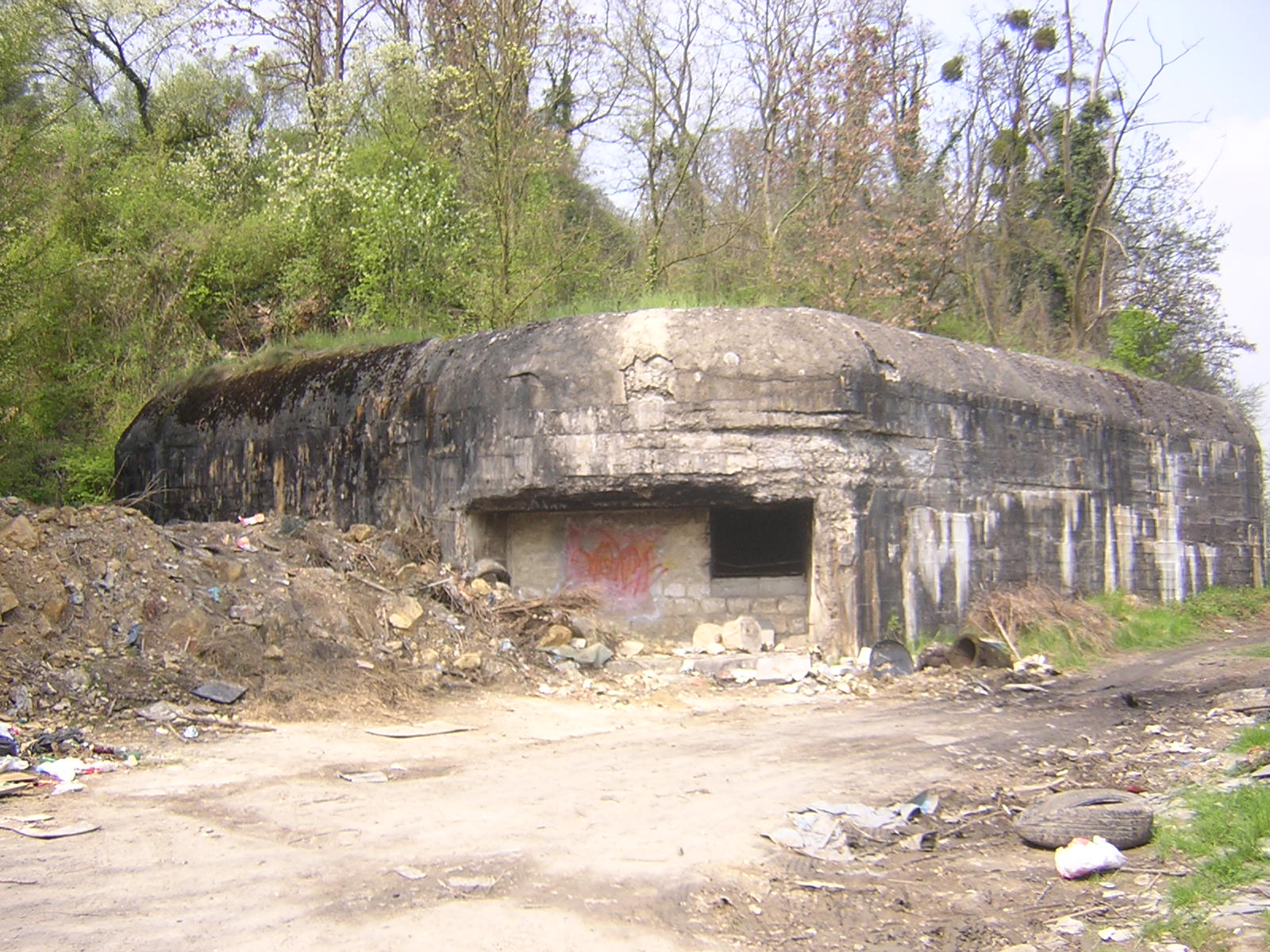 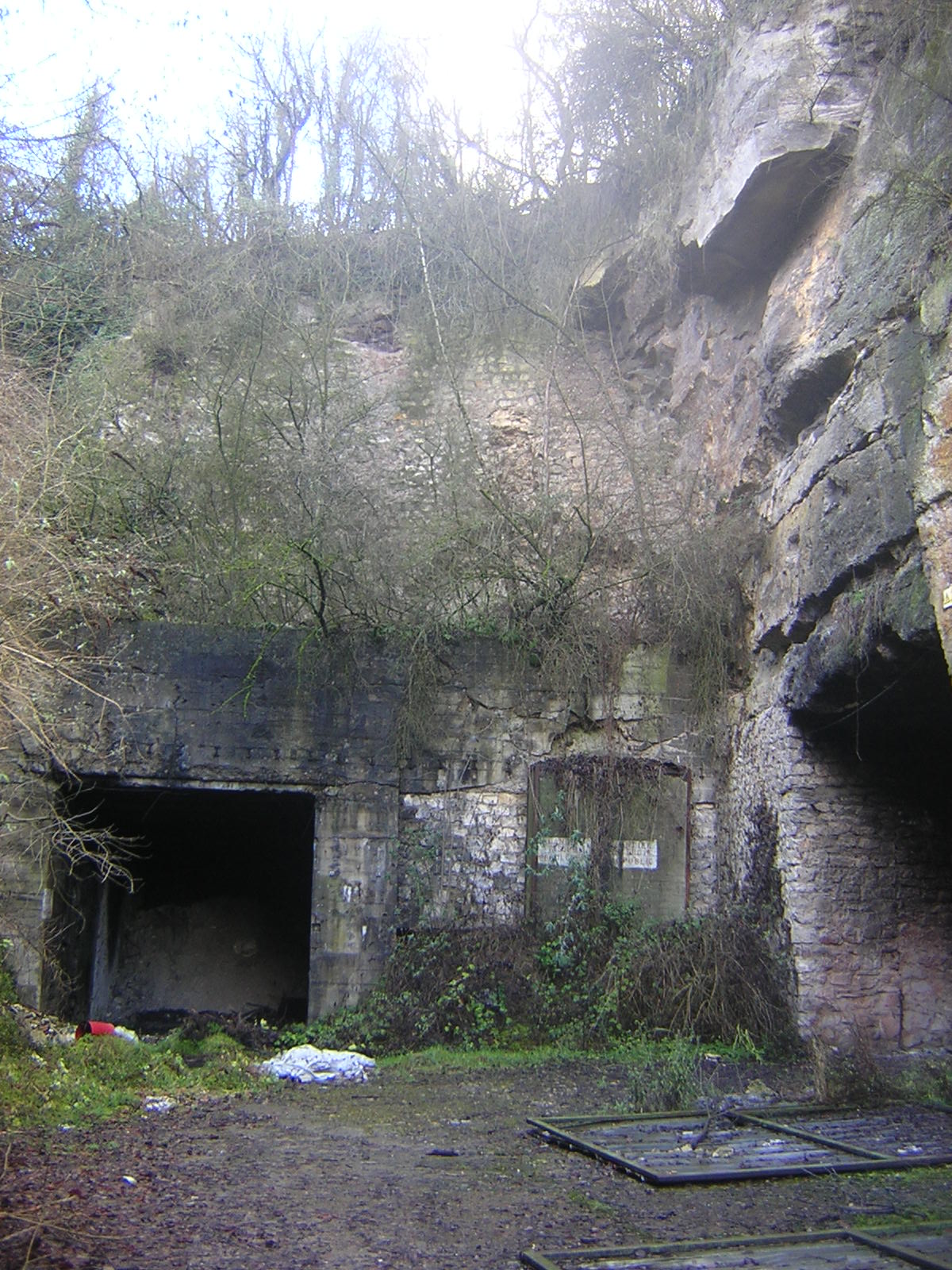 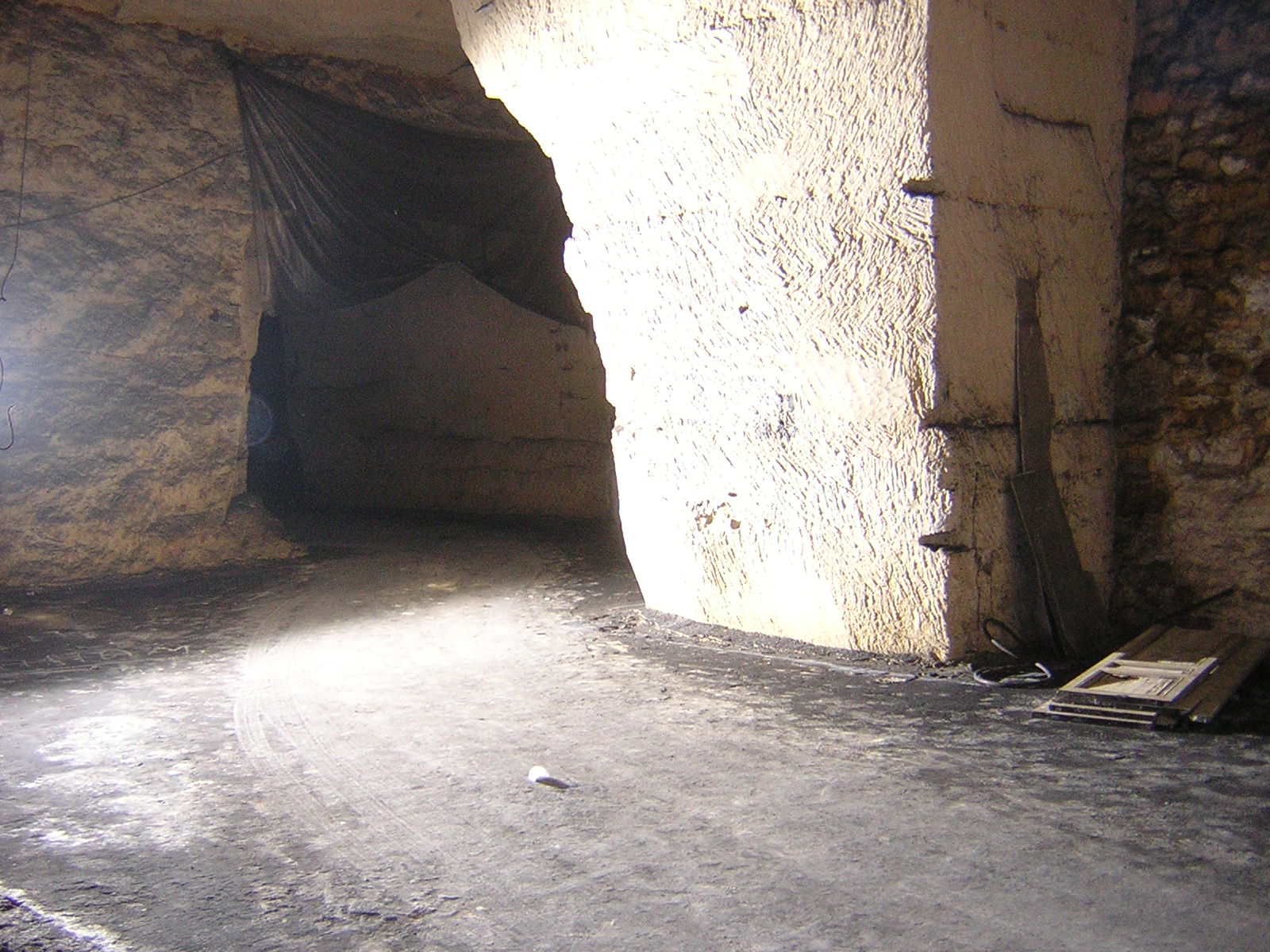 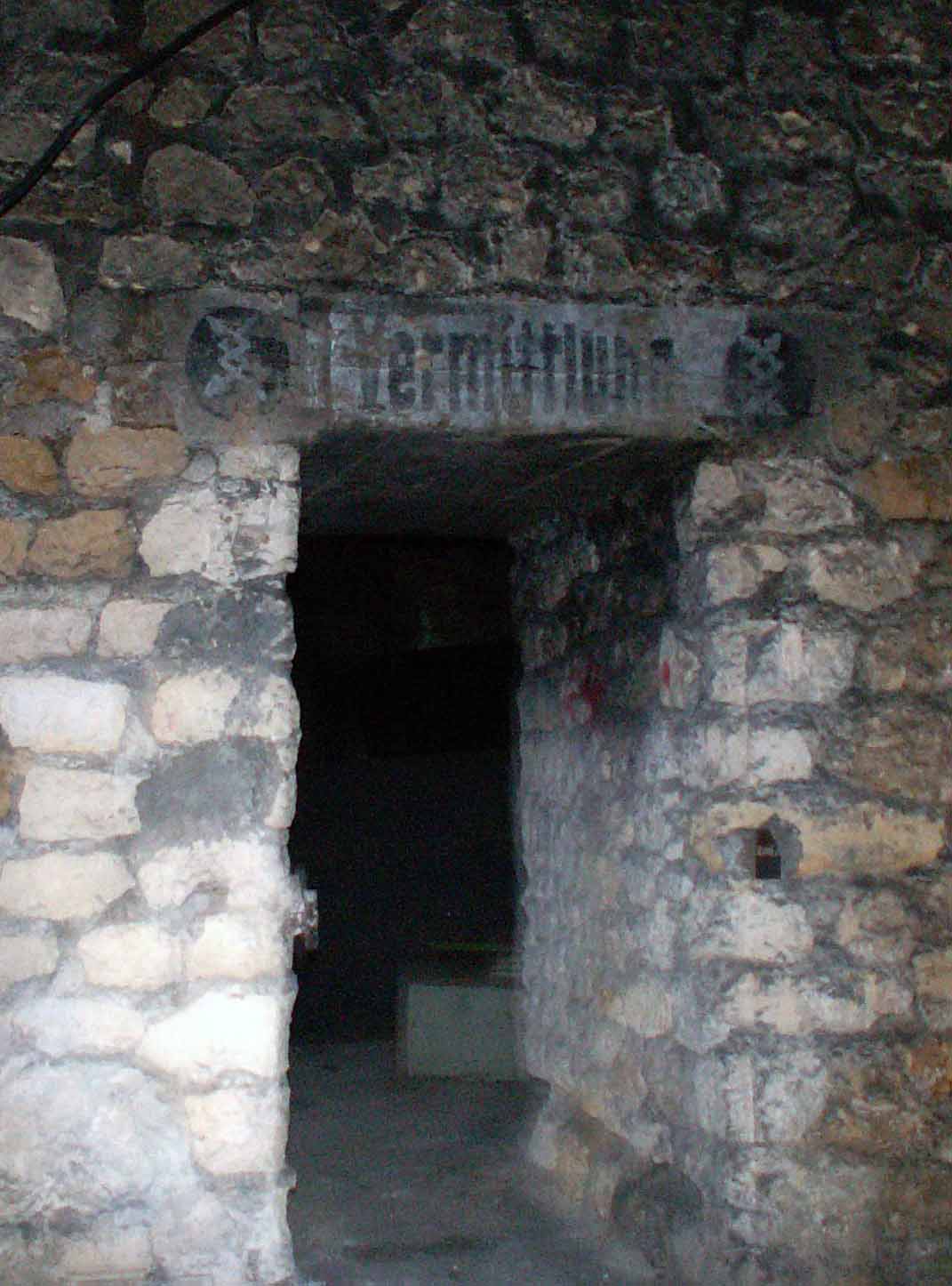 Flying Bombs over England by H.E.Bates 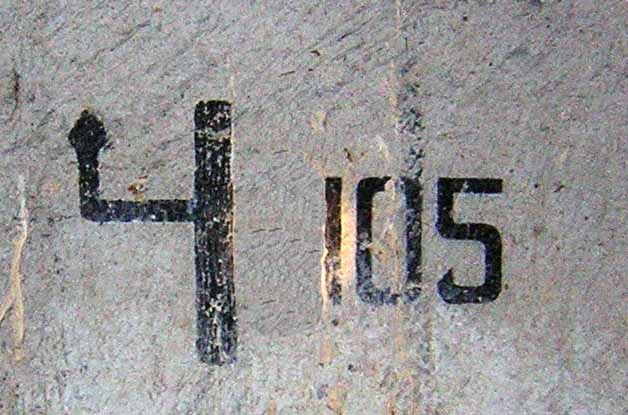